“There had been no disaster so great in Greensboro’s history.  And there has never been one since.” (Greensboro News & Record, April 2016).

This summary looks back at an estimated F4 tornado from April 2, 1936.  It crossed through parts of Guilford County, NC and the town of Greensboro.  It was one of several tornadoes the pressed through the southeast April 1 and 2 of 1936.  Information for this event came from the following resources:

Details from the May 1936 Monthly Weather Review

The first series of storms came to an end at Greensboro, N. C., about 12 hours after the occurrence at Lodge, S. C., when the most destructive tornado of record in North Carolina struck that city soon after 7 p. m. on April 2.  Its path was 7 miles long and varied from 50 to 800 feet in width.  In its wake the casualties counted included 13 persons killed, 144 injured, and 289 buildings demolished, 56 of which were totally wrecked; property damage is estimated at $2,000,000.”

On April 2, 2016, the Greensboro News & Record produced an article about this event.  It is found here.  Here are some of the details:

Since we don’t have official coordinates, I used the information from Thomas Grazulis to map the tornado track.  He stated the tornado moved ENE along the south side of Greensboro.  Total path length given:  11 miles. 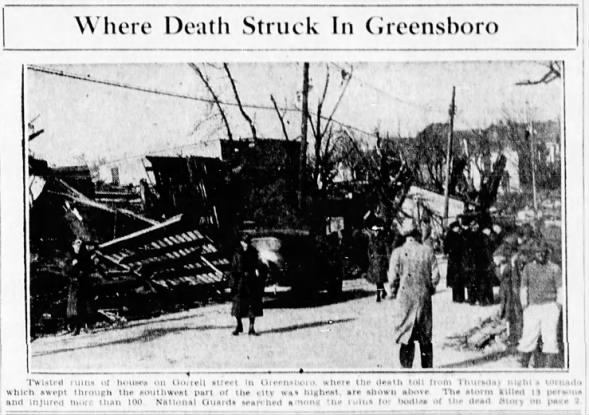 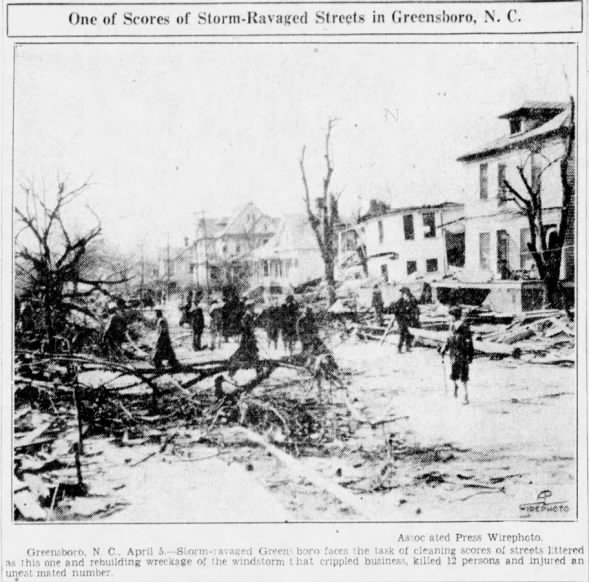 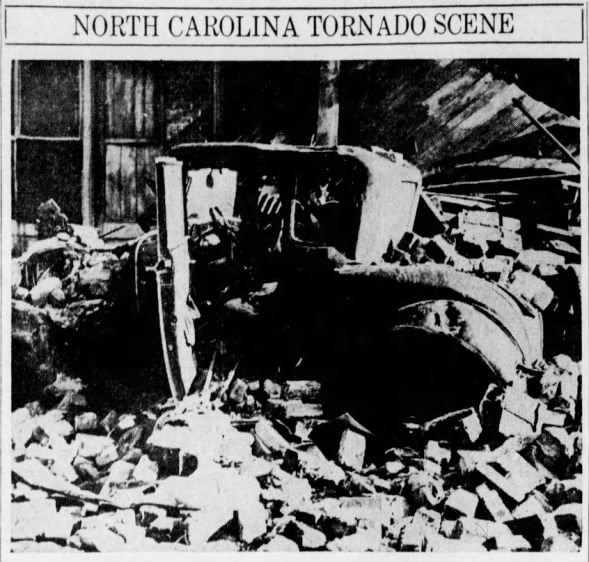 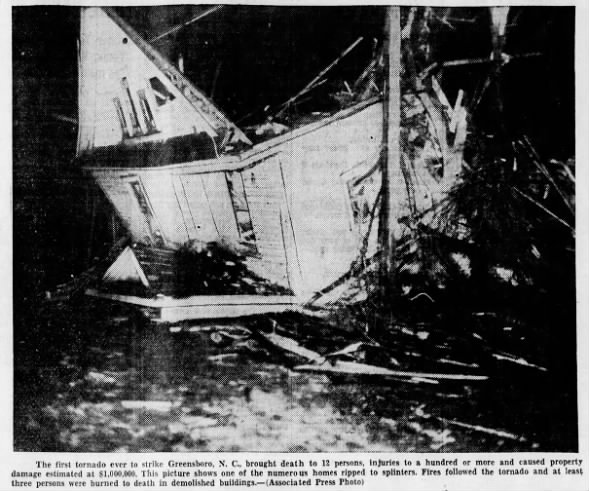 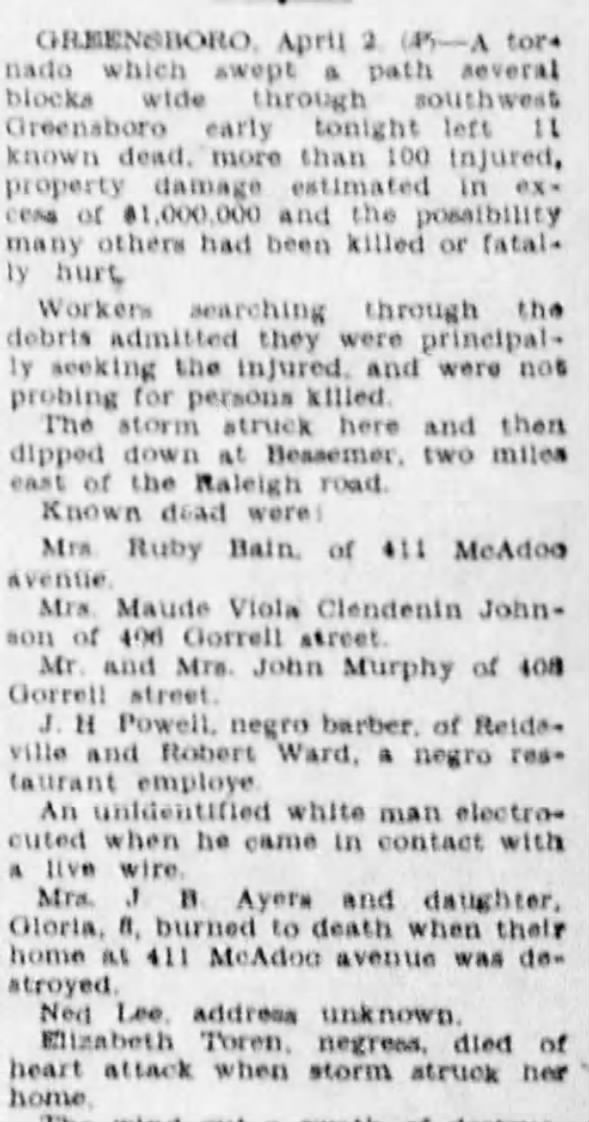