Per the Storm Prediction Center Database, there were 12 tornadoes confirmed on June 14, 1957.  The strongest of the day is the topic of this summary.  It tracked through the southeastern part of Springfield, IL near Jerome and was later rated F4.  Per the NWS Springfield, IL, “The parent thunderstorm produced a 98 mph wind gust at Capital Airport on the north side of town.”

Per the Sangamon County Historical Society: “Mrs. Paul Farley, 60, and Anna Belle Larson, 37 were killed in this tornado.  Property damage was estimated at $3 million; 25 homes were destroyed and 175 others badly damaged.”

“This tornado … ended the myth that Springfield was tornado-proof because it was in a bowl,” reported the Illinois State Register the next day.

1/2 mile wide path of heavy wind damage extending from southwest of city east-northeastward through south side of city culminated in severe tornado destruction in 220 yard by 1/2 mile area.  Only scattered evidence of tornado winds in other parts of damage area.  Funnel obscured by heavy rain showers and rapidly advancing dark and low clouds.  Scattered reports of roaring sound and report of “ear-popping”.  Wind gusts to 106 mph and minor damage at Capital Airport, 4-1/2 miles NW of main path.  Same storm complex that hit Jacksonville 30 minutes earlier and 31 miles to west. 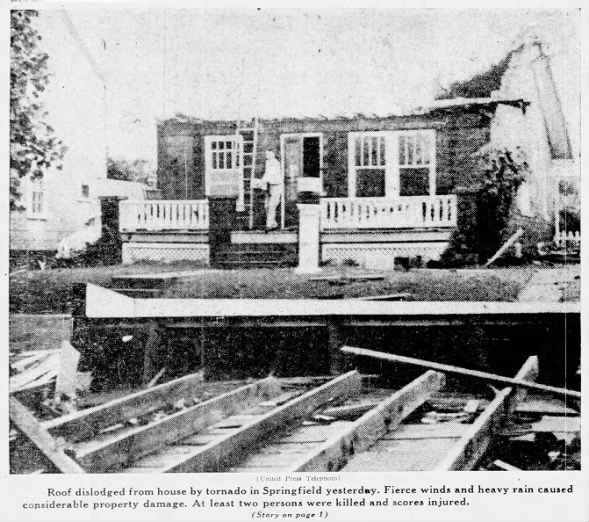 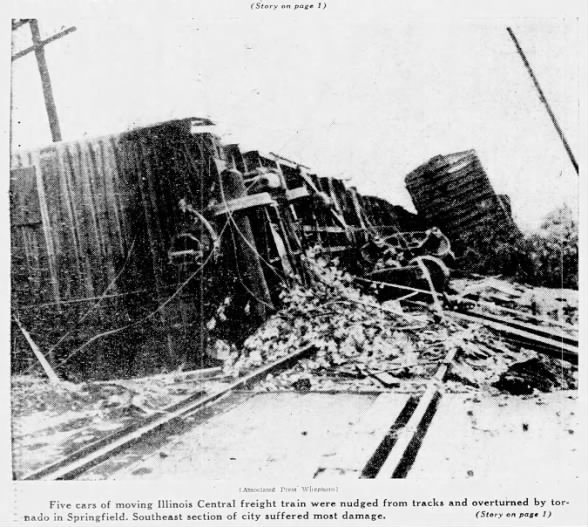 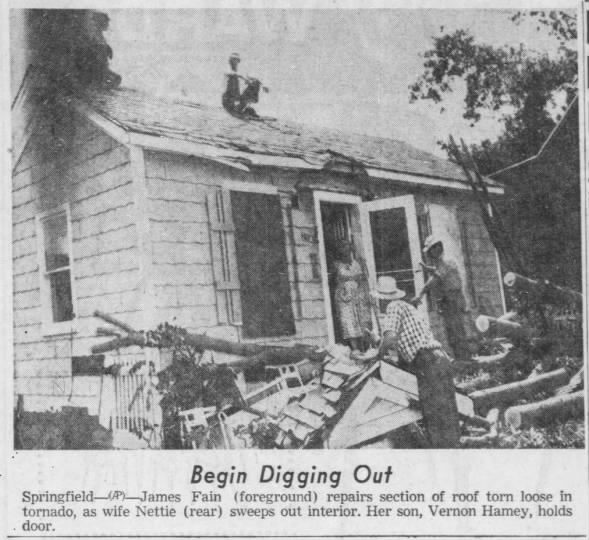 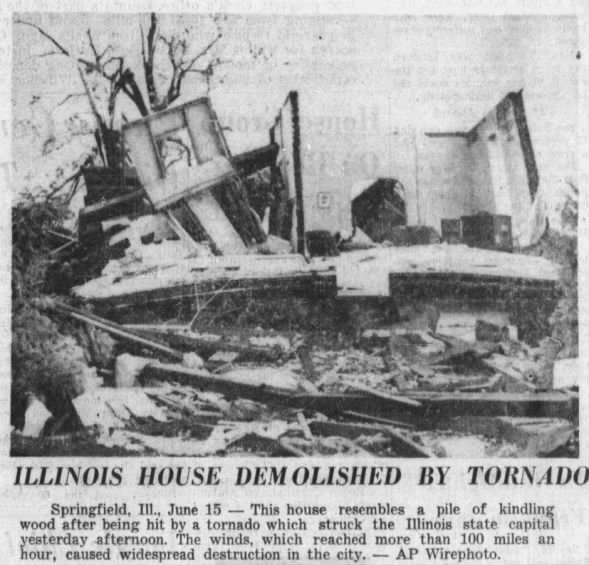 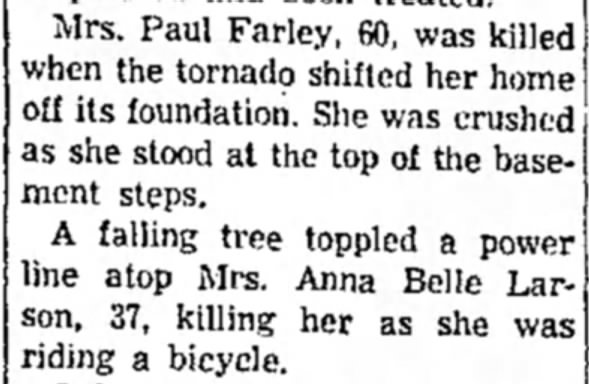 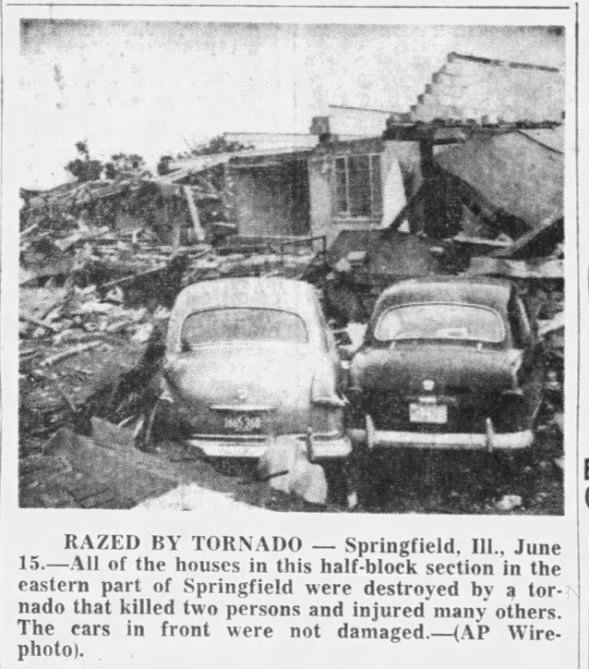 We gathered information for this event from the SPC & NCDC Databases, the June 1957 Climatological Data National Summary (CDNS) and Thomas Grazulis in Significant Tornadoes and found the following differences: